Monica Scott has been an urban educator for 17 years. She received her Master’s Degree in Community Development from The Ohio State University and her M.Ed. from Ashland University.

She began her career as a middle school teacher, having taught in New Jersey, California and Ohio. Scott then entered into public school administration before becoming a Regional Consultant for McGraw-Hill Companies.  At McGraw-Hill, she trained teachers in reading and math intervention programs.  She also worked with principals in how to monitor and support the curriculum implementations.

Scott was the project supervisor for the 19-million-dollar reading adoption in Detroit Public Schools for 2 years.  Later, she served as the Supervisor for the Teacher Quality Enhancement Partnership Grant (TQE-P).  In this capacity, she coordinated a partnership between five area colleges and universities and the local city school district in the preparation of middle school teachers in the areas of math and science.

She currently resides in Columbus, Ohio with her two sons, Malcolm and Desmond and their dog Karma. 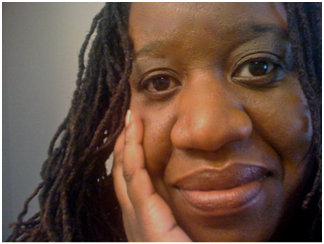